The Coming of God's Reign 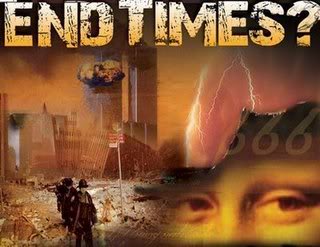 In the course of the liturgical year the Church presents us with the entire Mystery of the Christ, from the Annunciation, to Jesus' birth, His death, resurrection and Ascension, and lastly His final coming.  As the liturgical year ends and begins anew our attention is called to His final coming. Due to fundamentalist exaggerated focus on prophecies of gloom and doom and the number of apocalyptic movies that have appeared thinking of the end times can seem like a scary project.  That is not the approach taken by the Church.  In fact our understanding of the coming of Christ in the fullness of time is a message of hope, rather than of gloom and fear.

Last week as the liturgical year ended we celebrated the Feast of Christ the King.  It was indeed a celebration of our belief that in the fullness of time Christ will reign, and all sin and evil will be overcome.  Given the state of the world today that is indeed something to celebrate.  This week, as Advent begins, we not only prepare to celebrate His first coming at His birth in Bethlehem, we also remind ourselves that we are always to be ready for His final coming.  We understand the apocalyptic descriptions of earthquakes and celestial calamities not in a literal sense, but rather as a way of stating that the world as we know it will not only end, but be transformed into a kingdom of Justice and Peace.  Unlike the many who claim to know just when this will happen we cling to the statement by Jesus that we must always be ready, but we know the day or the hour.  We Catholics likewise do not believe in a "rapture" where some will be taken to heaven sooner than others.  That is a late 18th century fundamentalist interpretation and not part of the ongoing tradition of Christianity.

So what is God's Kingdom?  It is not so much a place as a state of being.  Many scholars like to change kingdom into a verb, calling it "the reigning (or ruling) of God."  Jesus came to bring about this ruling, but it is obviously not yet fully established.  We live in the time "in between" the two comings of Christ.

In our times of terrorism, racism, irrational gun-violence, crime and war it is obvious that God is not reigning everywhere.  At the same time God's reign is among us now when there is love, forgiveness, thirst for justice, compassion, welcome to the poor and afflicted and all the other things that Jesus describes as part of  God's reign.

This belief calls us to set aside fear and to point out and bring about the promises of the Gospel, at the same time being realistic enough to see that right now the kingdom of this world is competing with the reign of God. We need to acknowledge that without giving in to fear that tempts us to use the weapons of this world to meet the challenge of evil.  When we do that we are abandoning hope in the coming of God's reign and giving in to the powers of this world.

As Advent begins and we prepare to celebrate the birth of the Prince of Peace let us be instruments of that Peace as we await His coming in the fullness of time.

The late Eugene La Verdiere, an outstanding scripture scholar, once gave a beautiful description of how we Catholics view the reigning of God.  He spoke of growing up in rural Maine and traveling with his family to the seashore.  They would be coming home at night and he as a child was seated in the back rear facing seat of a station wagon (remember that?).  He said the moon was so big one night as he beheld it from that position that you felt like you could reach out and touch it, yet one knew that it was really so far away.  God's reign is like that, so close, yet so far away. Let us yearn for it to come close and take hold of us.