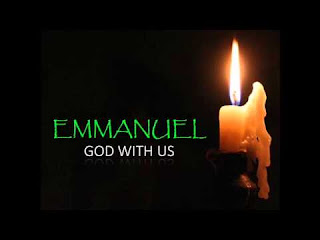 I am feeling under the weather today due to a cold.  I was hoping to write but it is just not happening. In the meantime I read this article by Ronald Rolheiser, OMI in the Dec. 23 edition of the Boston Pilot. It beautifully sums up the message I had hoped to deliver.. Merry Christmas everyone
Incarnation – God is with Us

For many of us, I suspect, it gets harder each year to capture the mood of Christmas. About the only thing that still warms are hearts are memories, memories of younger, more naïve, days when the lights and carols, Christmas trees and gifts, still excited us.  But we’re adult now and so too, it seems, is our world. Much of our joy in anticipating Christmas is blunted by many things, not least by the commercialism that today is characterized by excess. By late October we already see Christmas decorations, Santa is around in November, and December greets us with series of Christmas parties which exhaust us long before December 25th. So how can we rally some spirit for Christmas day?
It’s not easy, and commercialism and excess are not our only obstacles. More serious are the times. Can we, amid the many cruelties of this year, warm up to a season of tinsel and festivity? Can we continue to romanticize the pilgrimage of one poor couple searching for shelter two thousand years ago amidst the plight of the millions of refugees today who are journeying without even a stable as a refuge? Does it mean anything to speak of peace after various elections this year polarized our nations and left millions unable to speak civilly to their neighbors?  Where exactly is the peace and goodwill in our world today?
Closer to home, there are our own personal tragedies: the death of loved ones, lost marriages, lost families, lost health, lost jobs, lost time, tiredness, frustration. How do we celebrate the birth of a redeemer in a world which looks shockingly unredeemed and with hearts that mostly feel heavy and fatigued? The Christmas story is not easily made credible. How do we maintain the belief that God came down from heaven, took on human flesh, conquered all suffering, and altered the course of human history?
This isn’t easy to believe amidst all the evidence that seems to contradict it, but its credibility is contingent upon it being properly understood. Christmas is not a magical event, a Cinderella story without midnight. Rather its very centre speaks of humiliation, pain, and forced fleeing which is not unlike that being experienced by millions of refugees and victims of injustice on our planet today. The Christmas story mirrors the struggle that’s being experienced within our own world and within our own tired hearts.
Incarnation is not yet the resurrection. Flesh in Jesus, as in us, is human, vulnerable, weak, incomplete, needy, painfully full of limit, suffering. Christmas celebrates Christ’s birth into these things, not his removal of them. Christ redeems limit, evil, sin and pain. But they are not abolished. Given that truth, we can celebrate at Christ’s birth without in any way denying or trivializing the real evil in our world and the real pain in our lives. Christmas is a challenge to celebrate while still in pain.
The incarnate God is called Emmanuel, a name which means God-is-with-us. That fact does not mean immediate festive joy. Our world remains wounded, and wars, strikes, selfishness, and bitterness linger. Our hearts too remain wounded. Pain lingers. For a Christian, just as for everyone else, there will be incompleteness, illness, death, senseless hurt, broken dreams, cold, hungry, lonely days of bitterness and a lifetime of inconsummation. Reality can be harsh and Christmas does not ask us to make make-believe. The incarnation does not promise heaven on earth. It promises heaven in heaven. Here, on earth, it promises us something else – God’s presence in our lives. This presence redeems because knowing that God is with us is what ultimately empowers us to give up bitterness, to forgive, and to move beyond cynicism and bitterness. When God is with us then pain and happiness are not mutually exclusive and the agonies and riddles of life do not exclude deep meaning and deep joy.
In the words of Avery Dulles: “The incarnation does not provide us with a ladder by which to escape from the ambiguities of life and scale the heights of heaven. Rather, it enables us to burrow deep into the heart of planet earth and find it shimmering with divinity.”  George Orwell prophesied that our world would eventually be taken over by tyranny, torture, double-think, and a broken human spirit. To some extent this is true. We’re a long ways from being whole and happy, still deeply in exile.
However, we need to celebrate Christmas 2016 heartily. Maybe we won’t feel the same excitement we once felt as children when we were excited about tinsel, lights, Christmas carols, and special gifts and special food. Some of that excitement isn’t available to us anymore.  But something more important is still available, namely, the sense that God is with us in our lives, in our joys as well as in our shortcomings.
The word was made flesh. That’s an incredible thing, something that should be celebrated with tinsel, lights, and songs of joy. If we understand Christmas, the carols will still flow naturally from our lips.
at December 24, 2016 No comments: Links to this post

Anointing of the Sick

Last night at evening prayer our community celebrated the Anointing of the Sick.  It was a beautiful ceremony, one that left me feeling a special kind of inner peace. It is also a sacrament that is not understood by many so I thought that I would use this blog post to enlighten my readers on how this sacrament is to be used and understood.

Many people still think of anointing  as something done only at the time of death.  While it can be done then the Church has reflected on the development of this beautiful sacrament and want us to be annointed as soon as any serious or ongoing disease is detected in us. This is why many parishes now have communal anointing services.  We in the Franciscan Ministry of the Word often do anointing as part of our parish mission and in my friar community, made up mostly of retired friars, we celebrate it  several times during the year. Advent is a particularly good time to do this because the Advent daily readings often tell stories of the healing miracles of Jesus, miracles which are a sign of the future coming of the Reign of God when all sin and sickness and death itself will be overcome.

Many people grew up when this sacrament was called Extreme Unction.  The word extreme, translated into English from the Latin, does not mean in extreme danger, It refers to the anointing of the extremities because years ago the hands and feet as well as the forehead were anointed.  To clarify this misunderstanding the Church now refers to the sacrament as The Anointing of the Sick.  The forehead and hands are now anointed.

We often hear the expression Last Rites when speaking about anointing.  Actually the official last rites of the Church are special prayers for the dying and Holy Communion received as Viaticum and when appropriate a final absolution.  These rites may also be given together with the Anointing of the Sick.

So why do I as well as the other members of my community get anointed?  Among other things one of the criteria for reception of this sacrament is to be feeling the effects of advancing age.  Enough said right there.  Also almost all of us have some condition which is serious but because of modern medicine does not kill us.  I, for example, am diabetic.  Also anyone who is about to undergo surgery or who recently has undergone surgery may present themselves.

Some ask if they can be anointed more than once.  The answer is yes and while I have not seen any rigid guideline on frequency I would think that every few months is fine unless a new disease or illness enters the picture, then get anointed right away.

Over the centuries miracles have occured through the administration of this sacrament.  I have heard some beautiful accounts of outright miracles or of medical procedures that went exceptionally well after anointing.  I would like to stress however that we ought not use this sacrament to get "fixed".  At the deepest level presenting oneself for anointing is a way of affirming that our sufferings are joined to those of Christ, not joined so that we might just wallow in suffering but rather so that we might be transformed and renewed in some way and claim hope in His Resurrection, the great mystery in whgich all suffering will be overcome.  St. Paul, in the second letter to the Corinthians, expresses this wonderfully.  He says, "We are afflicted in every way, but not constrained; perplexed, but not driven to despair; persecuted, but not abandoned; struck down, but not destroyed; always carrying about in the body the dying of Jesus, so that the life of Jesus may be manifested in our mortal flesn (2 Cor. 4: 8-11)

I have been anointed many times over the last few years.  While I certainly have not had a miracle cure of anything I have received many blessings. To name just a few I have been given the strength to engage in the process of visting doctors, having medical procedures done, and of following the diet and exercise regimens recommended to me. (No, I have not been perfect at the latter, but by placing my health in the Lord's hands, especially through this sacrament I am a lot better at it).  Most importantly I am a growing to be more at peace with the routine of managing illnesses because I am more deeply aware that my life situation is part of a bigger picture.  Also, at age 72, I am feeling young at heart, but likewise am aware that the end of life beckons, hopefully not for a while yet, and I am at peace with that.

My advice.  If you are young and healthy.  Thank God for that.  Not everyone needs to be anointed.  If, however, you are feeling the effects of advancing age, or if you are dealing with a chronic illnes, or diagnosed with a serious illnes, ask your priest about Anointing of the Sick or participate in a communal anointing if your parish has one.