In the Wonder of the Incarnation--A belated Christmas Message. 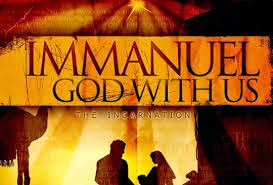 It is now 2 days after Christmas and it is the feast of my patron saint--John the Evangelist. His Gospel is my favorite of the four because of its profound theology.  John does not give us a memorable infancy narrative as do Matthew and Luke.  Instead he gives us a "prologue", a beautiful and profound statement of who Jesus is.

I wish here just to highlight 3 important features of this prologue.  I also encourage you to read and reflect on that prologue (John 1:1-18)

1. Verses 1-3 state that"In the beginning was the Word, and the Word was with God, and the Word was God. He was in the beginning with God. All things came to be through him, and without him nothing came to be." These three verses are packed with meaning.  First of all they tell us that the Word, as second person of the Trinity, is God and existed before time.  They likewise tell us that all was created through the Word.   This helps us to realize that while Jesus of Nazareth came to us in time He existed and was involved in the universe and in the life of our world even before He came in the flesh.  Francis of Assisi intuited this with his sense that the whole cosmos reflected Christ, something that St. Bonaventure later reflected on.

2. The key verse in this prologue is verse 14, "The Word became flesh".  This was a shocking message at the time that the Gospel was written.  John was trying throughout his Gospel to combat a heresy that said that Jesus only appeared to be human.  To tell the truth many still find this to be shocking as we tend to spiritualize Jesus and minimize his humanity.  As one theology professor of mine used to point out, "You can't encounter the divinity of Jesus without deeply contemplating His humanity.  John carries this theme throughout His Gospel showing a Jesus who heals by using saliva, who weeps at the tomb of Lazarus and who washes the feet of His disciples.

3.  The mystery of the Incarnation, begun in the life of Jesus of Nazareth, continues even after He dies and rises from the dead.  John subtlety states this in verse 16 where he says, "From his fullness we have all received, grace in place of grace"  Fr. Ronald Rolheiser, OMI, in his book, The Holy Longing, reminds us that the Incarnation  was not a 33 year experiment.  It rather continues in different ways--In the Church as the Body of Christ, in the Eucharist, in the encounter with Christ in the poor and needy (Oh how we conveniently avoid that one.)  Adding to that Jesus tells us that where 2 or 3 are gathered in his name He is there with us.  The "grace in place of grace phrase in this verse tells us that what began with the historical Incarnation in Jesus of Nazareth continues down through the ages in us.  Finally, in a deeper sense, we can see in this entire prologue what modern theologians are calling "deep Incarnation".  What this means is that because all is created in and through Christ that the entire evolving universe in some way reveals Him to us.

An explanatory note:  When John calls Jesus the Word he is talking about the principle that from the beginning God is always communicating, or revealing God self.

I love the nativity story in Luke that was read at midnight Mass.  I love to behold a beautiful nativity scene, but I love to do so while reading John's prologue.  A belated and Blessed Christmas to you and a Happy New Year.
at December 27, 2014 1 comment: Links to this post

The Need for Silence: An invitation for the last days of Advent. 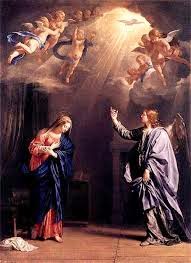 As we approach Christmas Day I invite my readers to reflect on the first two verses of the hymn, Let All Mortal Flesh Keep Silent:

Let all mortal flesh keep silence,
And with fear and trembling stand;
Ponder nothing earthly minded,
For with blessing in His hand,
Christ our God to earth descendeth
Our full homage to demand.

King of kings, yet born of Mary,
As of old on earth He stood,
Lord of lords, in human vesture,
In the body and the blood;
He will give to all the faithful
His own self for heavenly food.

Of course this hymn invites us in silence to ponder the great gift of the Incarnation, of God taking on human flesh.  It likewise call us to ponder how this great mystery is continued in the Eucharist.  In these last days of Advent, amidst the hustle, bustle and noise around us, even the noise of Christmas preparation, I think it is good for us to step back in silence and ponder what we are celebrating.

Beyond reflecting on the meaning of what we are celebrating I think that we are called to holy silence  as we deal with the many issues placed before us today, issues such as race relations, immigration, tensions within the Church, just to name a few.  Our social media, which can do so much good, are quite frankly filled with immature, foolish rants by both liberals and conservatives.  I'm sorry but "OOh, look at how this conservative sticks it to this liberal," or, "Wow,  look at how this liberal makes a fool out of this conservative," does no good in advancing real discussion on the issues of the day.  Even worse than this are the statements that "Politican X or Y is a low life and an idiot."

What I believe is needed is to first enter into a prayerful silence, a silence that invites us to put our preferred opinions aside for a moment and to look deeper, to see if there isn't another level at which to approach things, to ask oneself if I am really seeking truth or just seeking to entrench myself further in my own point of view.  We need to have discussion that leads us to a common consensus rather than ones that divide us further.

I have created a link to a meditation by Richard Rohr, OFM on this subjest. I invite you to read and ponder it. /Richard-Rohr-s-Meditation. 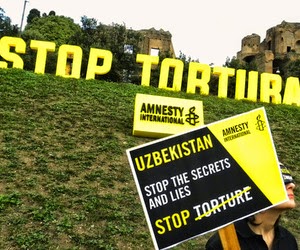 The catechism (of the Catholic Church) later declares: "Torture which uses physical or moral violence to extract confessions, punish the guilty, frighten opponents, or satisfy hatred is contrary to respect for the person and for human dignity" (No. 2298). The use of torture dishonors the Creator in whose image every human person is created and disfigures the human person who is worthy of respect.

The above quote from the Catechism of the Church makes it clear that there is no circumstance under which torture is justifiable.  Based on this teaching and based on what is in my own heart I must join with those who were saddened and disappointed in the recent report issued regarding CIA practices after 9/11.

With this article I would like to take a look at the various reasons presented for supporting what the CIA called "Enhanced Interrogation Tactics."  Oh, how we love euphemisms. For many these practices were justified because of the results that they produced--stopping further terror attacks.  Basically the argument here is that the end justifies the means.  In Catholic moral teaching the end never justifies the means if the means are deemed as intrinsically evil, which torture is.  There have also been studies which show that torture does not produce good information.  The tortured will say anything just to be relieved of the torture.

I must say though that I challenge the self-righteousness of many who objected to the torture.  It is easy to get puffed up with moral indignation over evil.  It is tempting to say that "I would never torture anyone, or I would never (fill in the blanks).  When we do this we are putting ourselves in the position of Peter who said that he would never deny Jesus.  We know what happened in that situation.

What I'm getting at here is that we will never eliminate torture unless every one of us looks seriously at the darkness that lurks in our hearts.  This is true not only for torture and violence, but of anything we see to be evil.

To reveal a bit of my own dark side that I would really rather not admit I can remember as a youngster that there were a couple of bullies in our neighborhood.  I used to fantasize about cruelly torturing them to teach them a lesson.  I never acted on that, of course, but the thoughts were there.  Later in life I faced, through both counseling and spiritual direction that a dark, angry violent streak resided within me, not one that led to physical violence but to angry outbursts that were not acceptable for a priest and friar. As I faced that truth I was freed from letting that darkness control me.

We all love to point fingers at the government, at school shooter, at violent rapists,etc.  Until,however, individually and as a people we face the darkness within and admit that it is there, we will never be set free.   Let's all think about that.

The next step is realizing that we can go to a deeper level within us, not one that naively let's evil go unpunished but one that takes the pains to find just ways to do it. I think that we might have found those ways with the 9/11 terrorists if we had  just put in the effort.