In My Hands, In My Heart--Corpus Christi, Honduras and the World 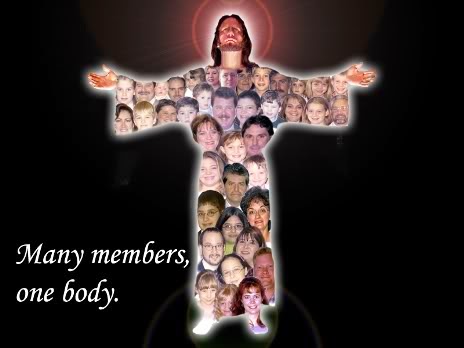 This past Sunday I returned home after having made, for the third year in a row, a mission trip to Trujillo, Honduras with Christ the King Parish in Little Rock, Arkansas. Over those three years I have visited several small towns whose residents are poor but who are filled with faith.  I have celebrated Mass in those places and visited some of those confined to home due to illness. Those visits range from a 22 year old young woman suffering from cerebral palsy whose smile warmed our hearts two years ago, to a little boy  of 7 years old suffering from the effects of encephalitis to a 101 yr old man whose smile was radiant simply because a priest was visiting him. I also visited the local hospital  where I anointed several patients awaiting surgery and got to see the bright smile of Victor, nine years old, who received a prosthesis for his amputated leg two years ago and who now plays soccer.  Adding to the list of memories are the celebrations of Mass at an orphanage there, a place where the Franciscan Sisters and their staff bring love, care and good education to many children, truly a place of hope, but also celebrations of Mass in the Trujillo jail, a place of darkness and despair, but one graced by the faith of a small group of residents for who the Mass meant so much.

With all of this in mind I am preparing to celebrate Corpus Christi--The Feast of the Body and Blood of Christ, a feast of the Eucharist.  Over the years this feast has taken on ever greater importance for me not only because I believe that the Lord is indeed truly present in the consecrated bread and wine which I hold in my hands but because through the wonderful gift of the Eucharist I am one, not only with the Lord but with the people of Honduras and all of the people that I have had the privilege of serving over the years.

This year I will be especially mindful of the people of Honduras as well as the missionaries from Arkansas that I had the privilege of serving with.  I will hold them in my hands, and in my heart, because they, along with people everywhere, are part of the Body of Christ.

It seems that unfortunately there are many who truly believe in the real presence of Christ in the bread and in the wine but they do not make the connection to the entire mystery which is the Body of Christ. There are others who do not believe or who think it is just a symbol.  Perhaps their faith would be strengthened if this connection were made more clearly.

At any rate when I celebrate the Eucharist I try to be mindful that in Christ I am one not only with the people of Honduras mentioned above, but also with suffering Christians all over the world, with people who are victims of war and violence and with people of all cultures who celebrate the same Eucharist.

One final note--the above message is clearly laid out in my book, The Wandering Friar. It is available on Amazon and also at thewanderingfriar.tateauthor.com

One Last, But Wonderful, Report from Honduras

Well folks, the electricity and internet has been spotty at best this year, but it's up and running today.There have been many touching episodes that show that the good Lord is at work here.  Again I will let the pictures tell the story

After another busy day here in Trujillo and surrounding towns great tings continue to happen. Yesterday our evangelization team went to Maranones in the morning followed by a visit to Carney-Guadaloupe in the afternoon where we did one of our encuentros. Today found us in Santa Fe which is home to the Garifuna people here.  They are a wonderful people whose origins are in Africa. Their forebears shipwrecked on the way to becoming slaves in what is now Haiti.  The survivors ended up on an island where they were chased off by the British.  They found their way to the coast of Central America.  They are Hondurans. they speak Spanish, but they have also maintained their own language and culture.  Some of the pictures show us in Santa Fe.  Enjoy.

Let The Pictures Tell The Story

It's been a busy few days here and not quite the good level of internet service that we had in past years. There have been some truly wonderful experiences here.  At least 2 babies lives were saved at our clinics in the past few days and countless hundreds have been helped in different ways. As for myself and the evangelization team we have been truly blessed by the faith of the people that we are serving. Without adding any more words I will let the story be told in the pictures that have been taken by myself and some of the other missionaries.


Dear Friends,
Once again I am on the mission to Honduras with Christ the King Parish in Little Rock, Arkansas. As has been the case over the next week I will use this blog as a kind of journal of what's going on here. One group arrived on Friday and I arrived yesterday with the second group.  The pictures here show us at the airport and at the Mass of thanksgiving for our arrival.  We used the Mass for the Vigil of Pentecost to pray that the Spirit would be on us this week.  Later today we go to the cathedral to celebrate the Feast of Pentecost.  We also get going with our work in the various clinics and at the hospital.