Paris--Support and a Faith Based Response 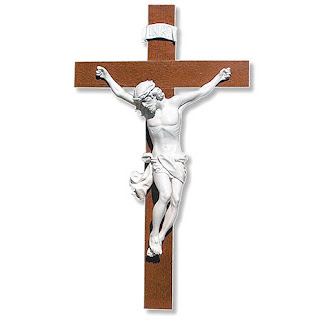 Like people of good will the world over I am saddened and angry about the terrorist attacks in Paris by ISIS.  I have read most of the comments by political and religious leaders and by many ordinary people.  What I would like to do on this blog is offer a faith based response.  I'm not suggesting that all should agree with everything that I say, but am offering a response based on my faith. When i say "my faith" I am not following some directives from on high by the hierarchy or some literalist Bible interpretation, but rather what is in my heart.  So here goes.

1.  Though I am one who tries hard not to opt for war and the military response I don't see how it is possible not to take strong military action against this evil

2.  Said military response should be a united effort of civilized nations.

3.  It must be a reasoned response.  It is understandable that our anger might lead us to a "bombs away" mentality but the situation is more complicated. This is not a fight against a nation such as Nazi Germany.  We are fighting a multi-headed hydra.

4.  Military force alone will not do the job.  Intelligence that helps us get to the financial and communication structure is vital.

5.  Pray.  Just because I am listing it as number 5 doesn't mean that i don't give it top priority.

6.  Do not lead fear prevail.  I have seen suggestions of total border shutdown, massive bombing, etc.  Yesterday I suggested on Facebook that it was hatred and racism that caused these reactions.  No, it is fear.

7.  While I agree with those who say that our earlier actions in Iraq made ISIS possible now is not the time to go there.  Just get the job done, but learn a lesson from this for the future.

8.  As regards refugees and immigrants I say again that reason must prevail.  Some are connecting our present crisis of immigration from the south to this.  I'm sorry but Mexicans and Central Americans, whatever problems their legal status may create, are not the problem.  I am for a sane immigration reform that secures our borders and offers at the same time a path to legal standing for those who are already here, but that is a topic for another time.  And please, mass deportation is a ridiculous and costly way of handing things.

9.  As for refugees from Syria and elsewhere in the Middle East there are clearly secutiry issues here.We cannot randomly accept all. There must be screening.  At the same time remember that many of the refugees are Iraqi ans Syrian Christians and other non-Muslims.

10.  Remember, the religion of most of those killed by ISIS, AL-quaeda and other terrorists is Islam. Muslims cannot be lumped together as terrorists.  Many of them are among the persecuted.

11.  One of the strengths of the Catholic tradition is the use of reason in matters of faith and its application.  Let's not abandon reason.

Finally, I offer these points as topics for discussion.  I am not an expert on world affairs.  By all means draw me out, agree or disagree with various points, but if you just hurl insults back I will say "Goodbye."
at November 15, 2015