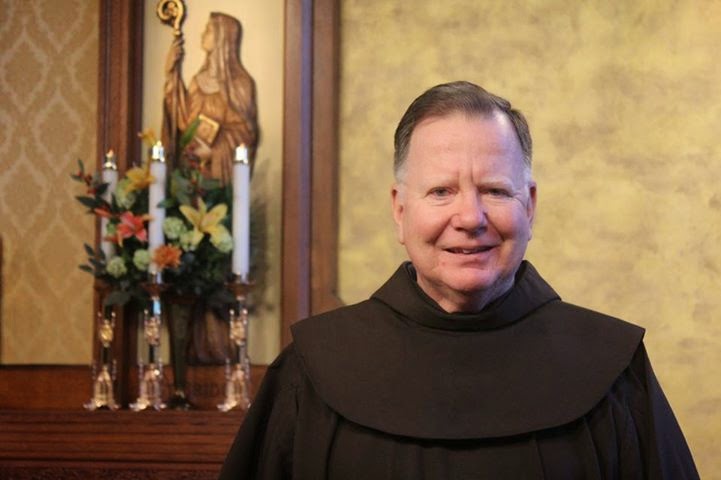 The title of this post might suggest that I want to look back at the decade of the 1960's.  Not so, though that decade was a significant one in my life since I graduated from high school, entered the Franciscans, took my vows as a Franciscan and wrestled with my place in my Church and my country in a good way.

The 60's I speak of here are the years that span from 2004-2014, the decade in which I passed from 60-70 years old.  Many things happened in my world during this time.  Boston sports teams enjoyed incredible success.  Three different popes lead the Church and 2 presidents the country. Terrorism and tragedy continually hit the news. But I do not write of these things either.  I write of what happened in my own personal life because these ten years have been a time of grace and blessing.  They were not easy years, far from it, but the graces and blessings came precisely from the challenges.

In chronological order the following events mark this decade:

1. In 2005 I went through Hurricane Wilma in Miami.he was a category 3, but hardly noticed nationally because Katrina took place that year.

2. In 2006 I was diagnosed with prostate cancer and began treatments which ended in 2007. I also learned that I was a type II diabetic.

This string of events has lead me to a new place in my life, a place in which I rejoice and am at peace, a place that I like to call "the stretch run."  I choose this term because it does not suggest by any means that I am finished.  After all it is still a run and not a crawl. I am about to publish another book and I have preaching commitments lasting into 2018. At the same time, living here at St. Anthony Friary which is basically a place for retirement for us friars, though I am not yet a member of that population, I know that most of my active years are behind me and that diminishment and a meeting with what we friars call Sister Death, is not terribly far away either.

To comment briefly on the above mentioned events the experience of the storm, illness and the refrigerator taught me that life is a precious gift, that the Lord can call me (us) home at anytime, so make the most of each day, each moment that the Lord grants me.  The refrigerator story adds a bit of humor to the situation, though it reinforces the message.  You see, in the summer of 2007 after happily returning to my summer ministry in Eagle River, WI after having gone through cancer treatments I was driving down the road one day and a used refrigerator loosely fastened to a truck fell and side-swiped me. I said to the Lord, "Really, You didn't get me through cancer to call me home with a flying refrigerator."

In the midst of all of the above I discovered that I had a sister that I hadn't know before.   Getting to know Dorothy has been a blessing, has added richness to my life and show me that life always offers surprises, in this case a wonderful surprise.

I already mentioned living here in our friary.  Many of the men here are still quite active but others are in various stages of illnesses that will lead them home to God.  It is a humbling reminder of what lies ahead for me, yet these men witness to a faith and a bravery that I hope I have when the time comes.

The book and its writing have helped me to realize how blessed I have been throughout my life as a friar and as a priest and even before that by growing up in a wonderful Catholic family and neighborhood.  The anniversaries celebrated do the same.  The book also helps me realize that I am a late bloomer (not that the early years were bad) because in my later years my ministry and my vocation have born the greatest fruit.  Who knows?  Even grater things may lie ahead.

Finally I sit in our chapel every day and look up at a wonderful painting of the death of St. Francis where he is surrounded by his fellow friars.  The thoughts I have are not morbid ones, but grateful ones, because I know that in the years ahead, whatever else may happen, I will by accompanied to meet Sister Death by my brothers.