Pope Francis, Creation and the Poor


There has been a lot of buzz lately about Pope Francis Encyclical,  Laudato Si, which was released today.  I have not read it and will comment on this blog after I have.

What I can say is that unfortunately everything this pope says gets filtered through either a conservative or liberal political lens.  That is exactly the wrong way to read him because the Gospel just cannot conveniently fit into either of those frameworks.

Before getting to the issue of the encyclical I would like to address the issue of income inequality, something that Pope Francis has commented on frequently.  His real complaint is that 1% of the world population controls about 80% of the worlds resources.  Now to be fair I know that several of the most wealthy people give generously to charity, put people to work with just wages and do other things to improve society.  Many others, however, simply horde their wealth.  The Catholic Church, going back centuries, has taught that there is a thing called distributive justice.  Basically this means that if someone, some nation, some corporation, etc controls so much of the world's resources that others simply don't have a chance there is an injustice, even of those things have been gained honestly.

Talk of this kind of injustice makes  people nervous.  is the pope advocating socialism, some kind of forced income redistribution?  Some critics say that he is. Others hope that he is.  I believe that both are wrong.  What I do believe is that he is calling for a system where everyone has a fair shot at living a reasonably comfortable life with access to decent housing, health care, clean water and a few other things.  This doesn't mean that governments  have to give these things away.  It does mean that we should have an economic system that empowers people and gives them access to the resources that they need to live a decent life.  I would call this an economy of empowerment.

The above picture of a poor home in Honduras, a home that I visited last week, makes the point. No one should have to live in a house made of sticks with an outside toilet.  The owners of this dwelling are not lazy.  They work hard.  They just don't stand a chance.  This is true of too ma ny people in our world.

Moving on to the issue of Pope Francis' encyclical, Laudato Si,  it is interesting to note that those words are the first words of St. Francis' Canticle of the Creatures. In that canticle Francis sees the other creatures as his brothers and sisters.  This poem was not a romantic musing of his youth.  It represents a profound awareness as he was dying that he was a creature, a created one, and not the Creator.  For many years people have justified the exploitation of nature based on the verse in Genesis about God giving humans dominion over creation.  This is a gross abuse of Scripture.  If there is dominion it must be responsible use of nature, not the exploitation that pollutes the air and that prevents the poor from having access to the goods that they need.  There is another strain in Scripture that needs to balance this dominion concept, one that is found in the Book of Wisdom, in several of the psalms as well as in the Canticle of the 3 youths in the Book of Daniel,  In this places God is praised for all aspects of creation and for making us part of it.

Some are objecting to Pope Francis' embracing of climate change. Perhaps you disagree with him. I do not. Keep in mind that the Vatican has a team of wonderful scientists who keep abreast of just about any scientific developments from astronomy to physics, genetics and many other things.  Maybe the fact that they are not affected by big economic interests in stating their position is the reason why they are correct.

Midweek on the Honduras Mission 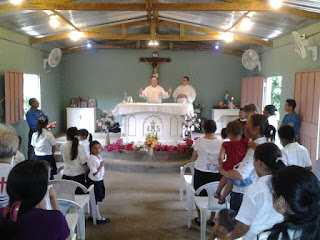 Due to heavy rains the day was limited.  Our visit to the orphanage was canceled.  We did have a wonderful re-dedication of the Church in Last Crucitas. Pictures are below. 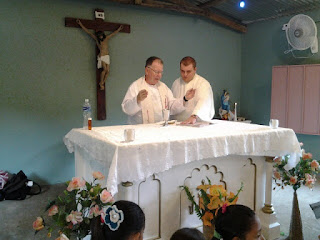 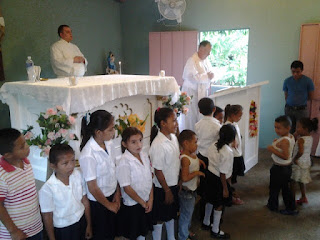 Many of you may not be aware that our mission has several sites.  Fortunately Scott Pursley, one of the missionaries, sends me pictures from different sites.  Also, you may remember yesterday's picture of the washed up road.  Later in the day our team from Santa Fe got stuck because of heavy rains.Fortunately they were eventually able to cross the waters and get back home safely. Later today we will be blessing a refurbished Church and visiting the Finca De Los Ninos orphange, celebrating Mass there.


Once again let the pictures tell the story. 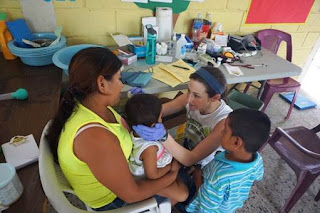 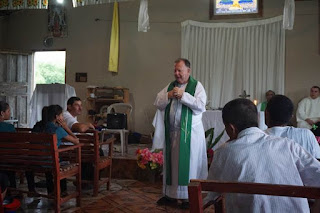 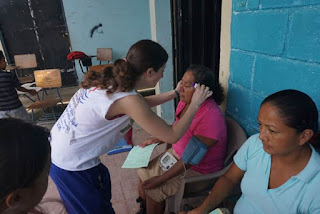 A Great Day in Santa Fe

Obstacles on the Road to Santa Fe

First of 3 Postings for today

Here at the Honduras mission Sunday is in many ways our busiest day.  Setting up gets finished and patients begin to be seen.  the day ends with Mass as the Cathedral with the Garifuna people. I did an article on them last year.  A trip to Google ad Wikipedian will give you all the info you need. Once again, let the pictures tell the story. 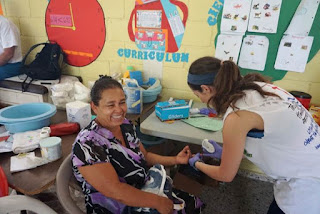 Getting to Work in Honduras


In the days ahead I will not be writing much.  I will let the pictures speak for themselves.Everyone arrived last night and we celebrated Mass and had a nice dinner followed by much needed rest to get ready for Sunday. On Sunday work began in full at the various clinic and hospital sites. 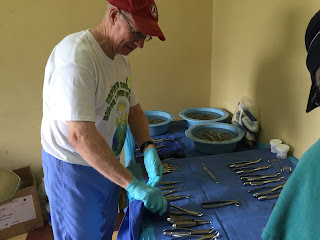 For the fourth year in a row I am participating in the mission trip sponsored by Christ the King Parish in Little Rock, Arkansas.  The journey here began yesterday morning in Tampa with flights to Houston and then to San Pedro Sula, Honduras, followed by a six hour bus ride to Trujillo.

As I traveled I was aware that I was coming to familiar territory.  I know many of the missionaries and I know many of the Honduran people.It is much different than the first time I came here.  This experience is now something that I am committed to for as long as I am able to do so.
The missionaries are a wonderful group--doctors,nurses, dentists, eye-doctors, construction team and teenage volunteers, as well me and the other members of the evangelization team. We have no illusions about changing everything in this very poor country, but we do know that we are making  a difference.

One half of the team arrived last night and the rest will come tonight and be welcomed with a Mass and a fine dinner here at the Christopher Columbus Hotel.

Today's a day for setting up and getting ready to go full steam ahead tomorrow.  Below are some pictures from this first day: