At this point in my Franciscan journey I have noticed that there are more friars that I knew and often have lived with that are listed in my province's necrology (list of deceased friars) than there are in our directory of the living friars.

This morning we gave another one of our brothers back to God--Brother Valerian Vaverchak, OFM., or simply Val, as we knew him. Many of the men that have gone before me and on whose shoulders I stand have made contributions to the Church and to the world, contributions that were known and publicized.  I think for example of Fr. Mychal Judge, OFM, one of the heroes of 9/11, a loving and gifted friar and priest who was widely known even before that tragic day.  there are many others.

Val's life was not lived in the limelight but it was a life a quiet and loving dedication and prayer, a life that touched many in a quiet way.

He served in the missions in Brazil where he selflessly helped many poor people there. He became a nurse and worked tirelessly caring for our elder friars for a number of years. Fr. Jack McDowell who preached the funeral homily mentioned that he showed up at one assignment where the guardian greeted him by handing him a cookbook. He said,"but I'm a nurse." he was told that they needed a cook, not a nurse, so he became a cook. Such was his vow of obedience.

I have lived here at St. Anthony Friary with Val for fourteen years. In spite of having a number of health issues he was the weekend cook when I came here.  He also gladly did little chores for the friars, never seeking recognition. I traveled to Assisi several years ago with Val and another friar. It was then that I saw the deeply prayerful side of this wonderful man as we visited the places where St. Francis lived and worked.

At a time when the Church is judged solely on the basis of bad things done by priests and religious I think that it is important to note that countless thousands of priests and  of men and women religious continue live and work quietly to share God's love. I thank God for the gift of Val and am glad to share in our effort to return him back to our loving and merciful God.

Moving Out and Moving Ahead Cautiosly 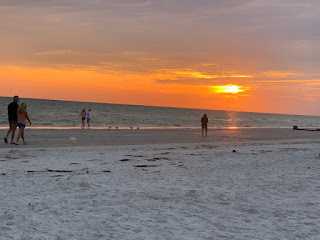