One Great Dance of Love--The Trinity 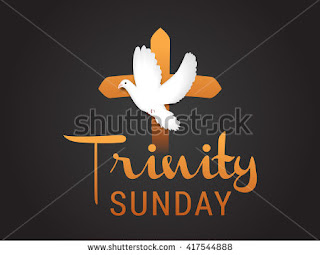 Several years ago I celebrated Mass in a nearby parish.  After the Mass I greeted people at the door of the Church and someone asked me, "Father, why do we have a feast honoring a doctrine?  Christmas, Easter and other feasts celebrate not just doctrines but things that happened to Jesus, Mary or one of the saints"

I don't remember exactly what I said to her but I pondered her question after that.  Unfortunately in the western sphere of Christianity academic speculation about the Trinity has turned our understanding of it into a dry mysterious concept.  The Trinity, however, is not just a doctrine. (No, I'm not putting down the idea of a doctrine, just noting that doctrines point to actual spiritual realities.)  The Holy Trinity is a dynamic, flowing reality of love and grace into which we are swept at Baptism, Confirmation, in the other sacraments and in many other ways.

A moment of inspiration regarding the Trinity came on my visit to the Holy Land in 1993.  Our Catholic group was visiting an area by the Sea of Galilee.  Our bus was in a parking lot and as we disembarked we saw a Jewish group, native Israelis who were visiting the same site.  There were several children in the group and one of them, a young boy, was running, fell down, and bumped his head on the pavement.  There was stunned silence, then the boy started to cry.  With blood dripping from his forehead he spotted his father, got up, ran to him and shouted aloud, "Abba, Abba,Abba." Abba, of course, is Hebrew for father.   His father picked him up, hugged him closely, then attended to his cuts and bruises.

I thought, "Wow!  Our Christian faith is about God, our loving father, sending Jesus to unite with us. In Jesus God picks us up and lovingly embraces us.   In that embrace their Spirit fills our hearts.  The Trinity then is not just a concept about God. It is a wonderful mystery of love into which we are swept.

St. Bonaventure, a great theologian in the early days of the Franciscan Order,  speaks of God as a continuing dynamic of love.For Him God is so loving that God has to create.  It is not enough that Father, Son and Spirit are a community of love.  God must go out of Gods" self to love even more.  He calls the Trinity a "fountain fullness of love." into which the whole universe is is swept.  Sr. Ilia Dileo, a contemporary Franciscan theologian, drawing on Bonaventure's fountain image, invites us to think of Niagara Falls. Can you imagine that not as water, but as a source of God's love and grace which envelops us. Now that is something to celebrate.  Happy Trinity Sunday. 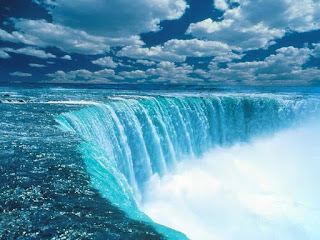 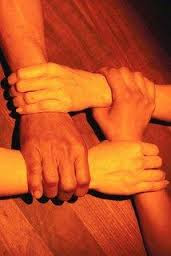 Ever since Pope Francis uttered the words, "Who am I to Judge?" in reference to a gay person he has been open to unfortunate misinterpretation and misunderstanding. Two words are need to properly understand much of what he says--dialogue and accompaniment.  Both of these are vital elements in good ministry.  I can't say that I have practiced these virtues at all times, but I can say that when I have I have experienced some of the most fruitful moments of my ministry.

There is a tendency to define people by their sins and weaknesses and to then justify writing them off.  Pope Francis is constantly reminding us that everyone, and he means everyone, is a human person first and therefore worthy of dignity and respect regardless of what they have done.  His visits to prisons and his messages to the prisoners are a great example of this.  He is calling us to keep this in mind in our dealings with those who come to us in the Church, many of whom feel alienated from the Church because of harsh treatment not only by priests but by ordinary parishioners as well. This attitude does not mean on the other hand excusing wrongdoing.  So often to lead a person to conversion and to facing their sins we need to listen to their story.  We have only to turn to Jesus to see this modeled.  I think of the story of the Samaritan woman at the well.  Jesus engages her, asks for a drink of water (a taboo in those times for a man to engage a strange woman in that way) and then talks of living water.  When the woman expresses her desire for this living water Jesus then confronts her with the fact that she has five husbands, something which does not offend her but leads her to tell her friends that He is a prophet.  Jesus listened to her and then spoke the truth in love.  His inviting Himself to the house of Zachaeus, the tax-collector, is another example.

Pope Francis, in his apostolic exhortation Amoris laetitia,  brings up the issue of people who are divorced and remarried. Throughout his papacy he has reminded us that they are not excommunicated even though they may not, according to official teaching, receive communion.  Unfortunately I have heard horror stories of people telling me that they were shunned by priests and even close friends because of their situation.  In inviting us to accompany them we are urged to listen to their pain, to listen to the fact that many did no choose divorce.  Their spouses abandoned them.  Many are, in spite of their situation, making great effort to raise their children Catholic.

I think of the question of abortion.  Of course it is wrong,  but we need to listen to and understand the pain and desperation that leads so many women to choose abortion.  Our Church has a wonderful program called Project Rachel which is available in many diocese to offer healing to women who have had abortions. Perhaps we need to do more to accompany them before they make such a decision.  I'm not saying that we never do this, but we need to do it more.

Another concern of mine is the treatment of immigrants.  For those who do not have legal status to simply dismiss them as illegals is wrong.  I often preach missions in Spanish.  A majority of those I preach to are undocumented.  Are they rapists, thieves and murderers? No, they are by and large good Catholics with families that they are trying to form in the faith.  They are fleeing poverty and oppression in the countries they come from.  they are hard working and trying to make a new life here.  Our own laws are overly restrictive.  Most of them would like legal status but we give very few visas for unskilled laborers.  Anyone who takes time with them and listens to their stories would not write them off.   Of course there are bad apples, as it were, among the immigrant population.  Yes, we need border security, but to just lump them all together and seek to deport them all is morally wrong.

A short article like this may seem to oversimplify things.  There are certainly twists and turns, complexities in everyone's story.  By truly listening we offer them an opportunity to be open to God's grace and to discover the presence of God in their pain and brokenness.  Sometimes, finally, those of us who minister and listen and dialogue encounter Christ in them.
at May 02, 2016 1 comment: Links to this post