A Complex and Troublesome Problem 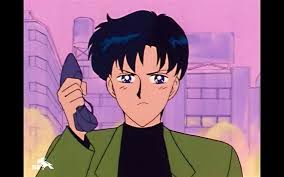 In the past week there was another school shooting. It took place in the state of Washington.  Also there were reports of young Americans joining with ISIS terrorists.  What do both of these situations have in common?  Troubled youth.

Please don't get me wrong.  I am not offering excuses for this kind of behavior.  By the time these things happen the perpetrators need to be prosecuted.  What I am suggesting is that we need to look into the causes that lead a young person to want to join terrorist groups that hate their own country or commit senseless violence against their peers and in many cases against themselves.  Hopefully we can do a better job of spotting trouble before it happens and get the kind of help that is needed.

One problem is that there is no one size fits all explanation.  In many cases there is a lack of a solid family life in a loving home.  In many cases as well the young person is a type of loner or suffers from mental illness.  There are some cases however where the individual involved and the family seem to be just fine but there is nonetheless anger and rage seething below the surface.

I believe that careful study needs to be done by competent people and better programs of intervention need to be established in schools.  I think that churches can be a big help in spotting troubled families and offering programs both spiritual and emotional to help them.  The churches, even more importantly, can lead the way be praying for the healing of our young people. I also think that we need to ask why so many minors can easily get their hands on guns.  No, I'm not talking about gun control laws or changing the second amendment but something has changed since I was a teenager.  I do remember a few kids who carried knives but I didn't even have a clue as to where I could purchase a gun.

I'm sure that there are many other things that can be offered to improve this troubling situation. I'm also aware that realistically there will always be some kids that just can't be identified as problematic, but can we do a better job of prevention and intervention before kids want to join terrorist groups or shoot up a school?  I think we can.

Lastly I don't want to give the impression that we have a generation of disturbed kids.  There are many wonderful young people whom we never hear about.  Just the other day 2 fine teenagers were honored before the second game of the World Series for essays they wrote in the Breaking Barriers essay contest sponsored by Major League Baseball.  One of them is the grandson of a good friend of mine. I'm sure that there are many more kids like them who will become our future leaders. May there be even many more.