The Road Ahead for The Wandering Friar. 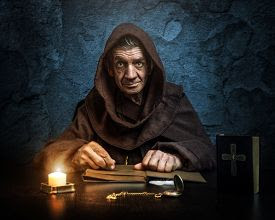 I am nearing the end of the summer while assisting at San Pedro Parish in Tavernier, FL on the Florida Keys.  It is quiet here and I have time to reflect,to read and to work on new homilies and talks.

As many of you know my summertime is different from my schedule during the school year.  Parishes generally do not schedule missions so my ministry takes some different twists.  This summer I preached to retreats, one to men and one to women.  At the end of May I found myself with the Divine Word community in Bordentown, NJ.  I was impressed with the international flavor of this missionary community of men who serve the Lord in every corner of the earth.  A few weeks ago I traveled to Cincinnati to preach to the Franciscan Sisters of the Poor.  They gave a retreat to me as much as I gave to them. This was a community of dedicated women who truly serve the poor in every way, from inner cities, to homeless shelters to centers for addicted women and prostitutes.  May the Lord continue to bless their work.   I took vacation in Wisconsin and was delighted to reconnect with friends up there from my days of serving at St. Peter the Fisherman in Eagle River.  Before and after Wisconsin I found myself in Chicago for two great events.  One was the Annual Assembly of the Association  of US Catholic Priests, an organization dedicated to the full implementation of the Second Vatican Council.  It was an encouraging and uplifting gathering of priests who were shaped by the vision of the Council.  After Wisconsin I attended a gathering (one of four around the country) in Chicago of friars from each of our US provinces as we engage in a process of restructuring, reducing the number of provinces so that we can better live our Franciscan vocation and better serve the Lord and the Church.

Participating in all of these events has focused me on the road ahead, for myself, for the order and for the Church.  I will share my thoughts concerning our order and the Church in upcoming blog posts.  For now a bit about myself and where I am headed in my life.

I am 71 years old, and while feeling healthy and vigorous, I am slowing down.  My province of the friars will permit me to retire at age 75, though I will not be required to do that.  For us retirement does not mean that we cease being priests and friars but rather that we can be free of heavy administrative responsibilities and engage in as much or as little active ministry as our age and health demands.  I hope to be more active.  I do hope to keep preaching retreats and missions, but not as frequently.  I hope to continue to write, be it books, articles, this blog and other internet writing.

Many of the places where I served in my younger years were poor--the Bronx, Buffalo, NY and Camden, NJ.  Since being a traveling preacher I have been in some very wealthy parishes as well as some very poor ones.  This experience has led me to desire to maintain contact with the poor and to engage in ministries that serve the poor.  For years I went with a wonderful group of people form Christ the King Parish in Little Rock, Arkansas to serve in their 8 day mission to Trujillo, Honduras.  That is not likely to continue for me since they now have local priests who speak Spanish.  A new door opened for me this year while I was at the priest's assembly in Chicago.  I met with some people from an organization called Unbound. Their mission is to invite people to sponsor folks in third world countries.   It is not a hand out program, but one that assists people in achieving goals that will move them out of poverty.  My role would be to go to parishes on weekends, parishes that have invited them to send in a preacher, and ask people to become sponsors.  I will be going for a training session in October and then hope to add this preaching to my "repertoire".  I will still do missions and retreats but will give several weekends a year to this endeavor.  If you would like to learn about this group you can go to unbound.org

One last request.   I have felt less inspired regarding this blog for the past year or so.  What topics would you like to see me address?  I will not enter into discussions of the elections.  I will write about any spiritual or theological topic. I will also write on social issue from the viewpoint of Biblical and Church teaching rather than as a liberal or conservative.  The truth is that I don't fit into either of those miolds.
at August 30, 2016